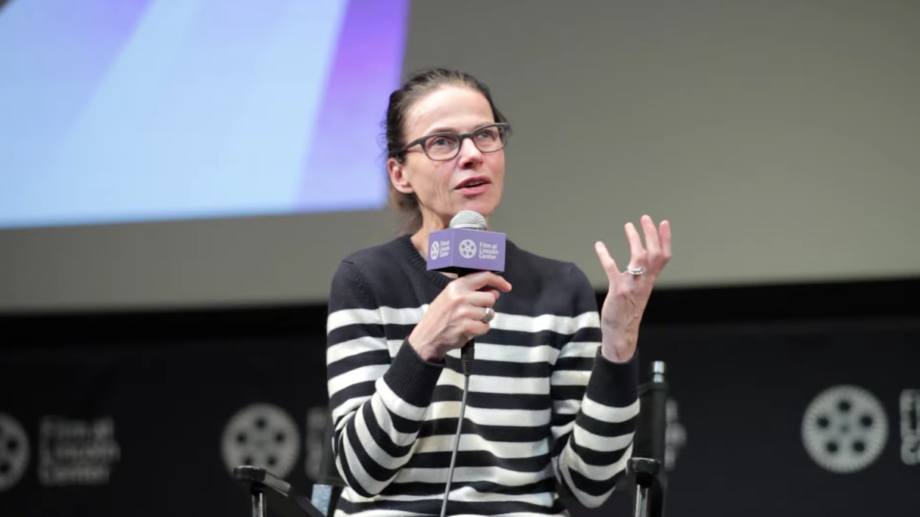 Alumna Angela Schanelec presented her latest film I WAS AT HOME, BUT at the New York Film Festival. The Lincoln Center is also presenting a complete retrospective titled “Dreamed Paths: The Films of Angela Schanelec” of the Berlin filmmaker’s work. You can attend the screenings at Film at Lincoln Center until February 21.

Listen to the conversation about the film (and Shakespeare, Ozu, and Bresson) here.

This year, the DFFB will once again be present at the 70th Berlin International Film Festival (February 20–March 1, 2020). The DFFB is contributing to an exciting festival with a documentary and a feature film created by women graduates in two sections as well as twelve projects featuring alumni.

DFFB Films at the Berlinale

The DFFB graduation film BLUE EYES AND COLORFUL MY DRESS by Polina Gumiela—a documentary following 3-year-old Zhana on her forays through her neighbourhood in Plovdiv/Bulgaria—will celebrate its world premiere in the Generation Kplus section. A FISH SWIMMING UPSIDE DOWN by Eliza Petkova—a graduation film about an unusual love triangle in which the participants expect more from each other than they can handle—screens in Perspektive Deutsches Kino. These two films will also be presented during the EFM market on 26.02. at the DFFB cinema.

Events During the Festival

The DFFB will also be present during various events throughout the Berlinale: The Filmnetzwerk Berlin is participating in the opening conference of the Critics‘ Week on 19.02 during the workshop “Film gegen Rechts“ (Film against the Right). Serial Eyes, the postgraduate programme for the development of television series, will be present at the Berlinale Series Market in the Zoopalast at “Hot Contenders 2020: Discover the Next Generation.”

On 26 February, graduates will present a selection of daring projects, which will then be discussed with top-level industry players. That evening, the DFFB invites you to its annual reception on the 9th floor of the Filmhaus. NEXT WAVE, the DFFB’s new programme on the future of European film markets, focuses on the topic “Challenges of New Distribution” at EFM Horizon, where solutions for challenges in the areas of film festivals, VOD, and microdistribution will be developed.

DFFB students will also partake in the festival: currently in its 10th edition, “Couchsurfing the Berlinale” has invited 25 film students from around the world to Berlin, providing them with a sofa to sleep on and the opportunity to explore the festival together with DFFB students.

ONE OF THESE DAYS by Bastian Günther (Panorama)

VEINS OF THE WORLD coproduced by Eva Kemme (Generation)

Download images and press kits of the DFFB films, screening dates of all films, and the DFFB logo here.