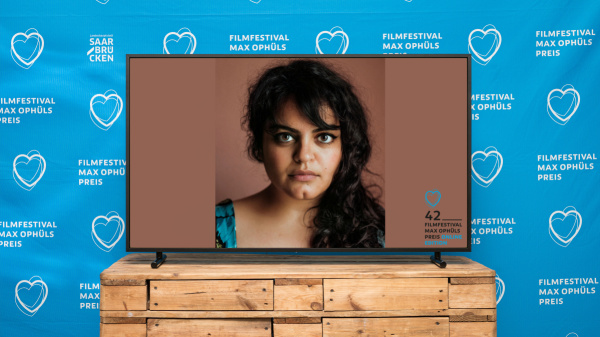 The 42nd edition of the Max Ophüls Preis Film Festival in Saarbrücken ended yesterday. The award ceremony on Saturday evening was a joyous one for both DFFB students and alumni:

“Sara Fazilat is convincing as Nico through her every breath, movement, thought, emotion. We always fully believe in her character. When she experiences an assault, she takes the audience with her through her painful journey. In her desperation to armour her soul as a way to heal, her character touched us deeply. Sara Fazilat shares her character’s laughter, happiness, vulnerability, anger, and self-confidence  with terrific ease,” said the jury statement. Congratulations, dear Sara!

BORGA (director: York-Fabian Raabe, screenwriters: York-Fabian Raabe and Toks Körner, cinematographer: Tobias von dem Borne, producer: Alexander Wadouh and Roxana Richters), in which many DFFB alumni participated, is the winner of the festival with four awards! Not only did the project win Best Feature Film Award, Ecumenical Jury Award, and the Audience Feature Film Award, associate producer and actor Eugene Boateng was also awarded the Max Ophüls Prize for the Most Socially Relevant Film for his performance.

What a fantastic festival edition! We warmly congratulate the winners and send them our best wishes. Bravo!

The new year has just started and the 42nd Max Ophüls Preis Film Festival is already about to begin! In this year’s edition, the films of young filmmakers will be screened online from January 17 to January 24 in the feature film, documentary, medium-length film, and short film competitions, as well as other program series, such as the MOP Shortlist.

The MOP in Saarbrücken is the most important festival for young German-language film and has stood for the discovery of young talent from Austria, Germany, and Switzerland for over 40 years.

We wish everyone good luck and a great festival season!