“It started out as a rock’n’roll rewrite…”: Serial Eyes Interview with Alumni Jana Burbach and Nikolaus Schulz-Dornburg 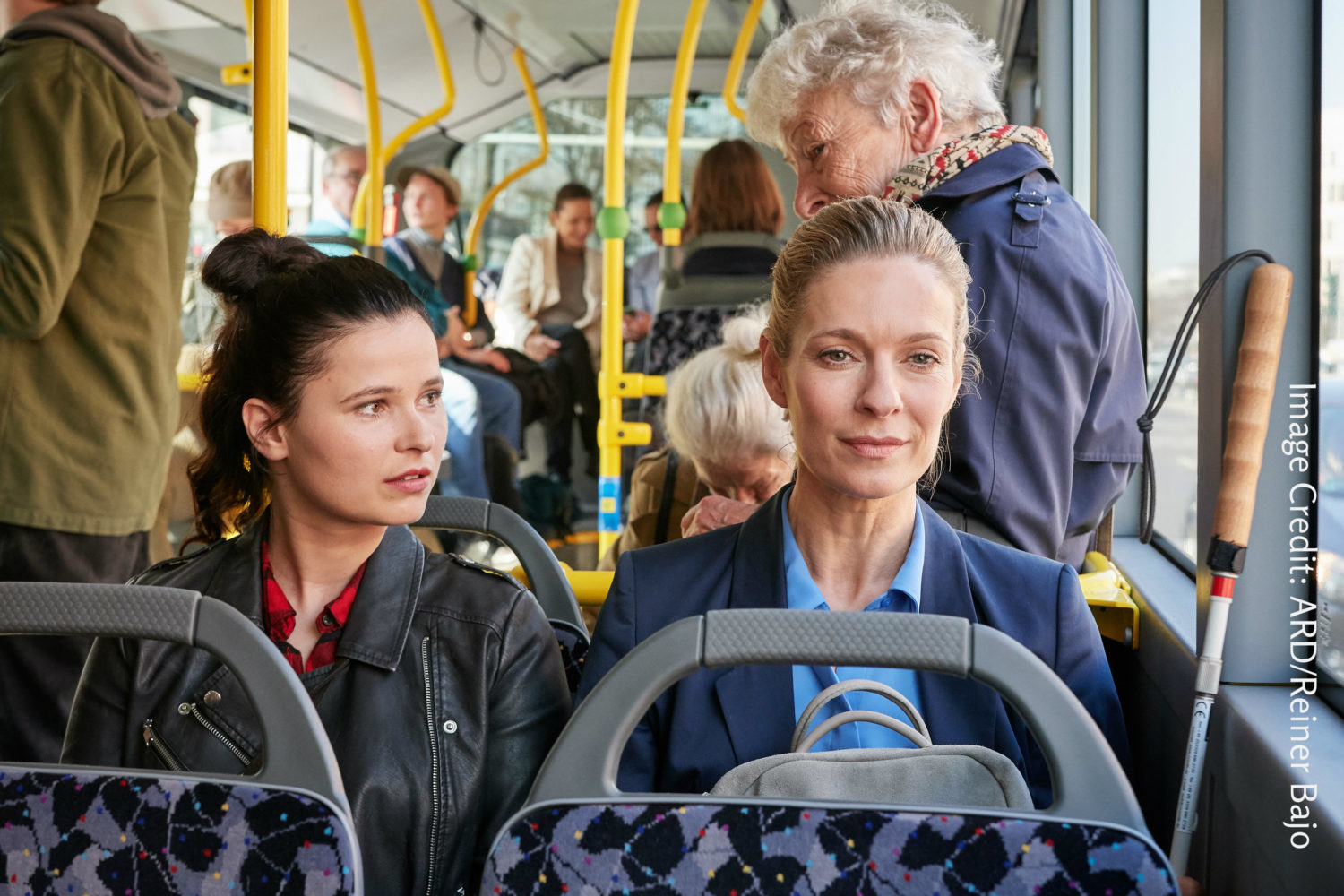 The new ARD primetime show DIE HEILAND – WIR SIND ANWALT about a blind lawyer and her assistant is currently airing on Tuesdays at 8:15 pm. The Serial Eyes participants of 2018/19 interviewed the head writer Jana Burbach and staff writer Niko Schulz-Dornburg (SE 2014/15) about the making of the show.

Q: How did DIE HEILAND come about?

Jana: Die Heiland is based on the autobiographical book by a Berlin-based and born-blind lawyer, Pamela Pabst. The book was published about 6 years ago. Viola Jäger from Olgafilm optioned the film rights to that book and then started to develop it. [The adaptation] was originally meant to be a TV-movie; then the RBB, the Berlin-Brandenburg broadcaster, decided to turn it into a long-running series. I took over from existing material by Silke Zertz. By the time Viola approached me, three scripts and three exposes were ready, but they didn’t get through to the final approval by the ARD commissioning board. That was when I took over with Niko and the author Christoph Callenberg. It was the summer of 2016, I think.

Q: You said that it was based on a book by a real lawyer. She also had an assistant in real life? Were they both part of the creative process?

Jana: Yes, we all met Pamela Pabst. I actually ended up spending a lot of time with her, because for me [this project] represented a particular challenge. As a seeing person, I think it is impossible to really get [what it means to be blind], but I could start to empathize and could put that into the story and try to understand what it might mean for her assistant as well. We actually went together on a journey to Bochum, where she had a court case. I accompanied her all day – on the train, in the hotel, the next morning, while eating… it was through all these that I got first-hand experience.

Niko: You became her assistant!

Jana: Yes, and then the blindness started coming to life in the scripts. Of course, I also consulted her for legal stuff and I ended up reading to her all the scripts. She was like “Jana, it’s really not necessary, the computer can read me the script.” I thought this would have been nicer, so I continued. At the end, she asked me to keep on coming. I thought, “What have I got myself into?” [laughs], but actually we became friends.