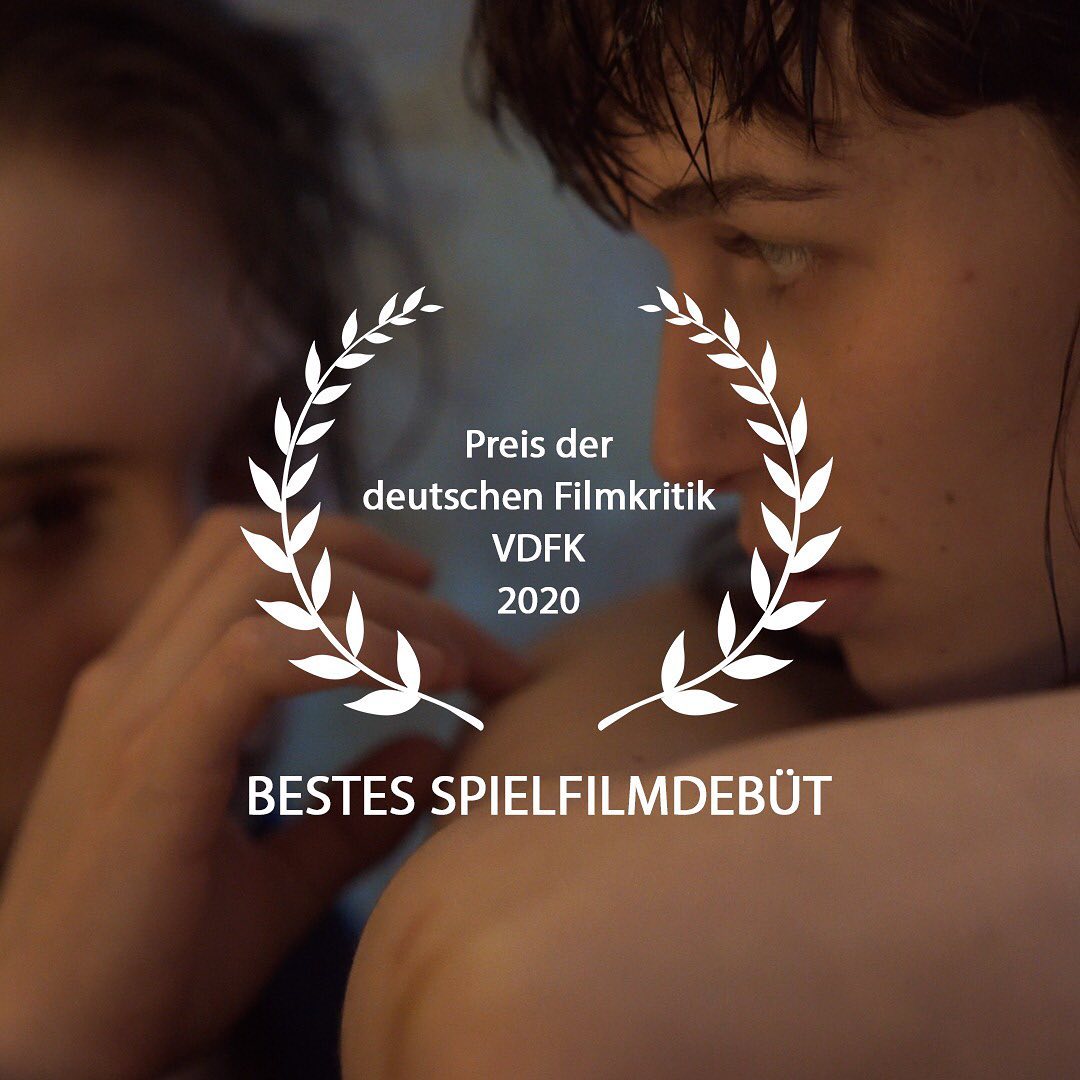 Melanie Waelde was presented with the Best First Feature Award for her film NAKED ANIMALS. The jury explained its decision with warm words: “Meanwhile, the film itself takes off and dares itself to be a cinema that refrains from explaining away its characters. The film takes an undogmatical approach to its dramaturgies and gender images (…). The camera throws itself into the fray with relish, wanting to play along with the violent hustle and bustle of a world without parental supervision, in which it is important never to let your guard down. This debut film shows no standstill. Rather, it celebrates movement, flaunting it by letting the characters collide.”

With GIRAFFE, another alumna, Anna Sofie Hartmann, was thrilled to receive the Best Feature Film Award of the year. “On all levels, this film, which oscillates between essay, documentary and fiction, is skillfully directed and is consistently surprising and fresh. (…) Down to the last, fading moment, Anna Sofie Hartmann succeeds in condensing European labour market reality and myth into a whole, which could not be more sober, topical, and enchanting,” said the jury.

The German Critics’ Prize is awarded annually by critics to German film productions that “are not judged according to economic, country-specific, or political criteria, but exclusively according to artistic ones,” explains the VdFk.

We congratulate both teams on their awards!