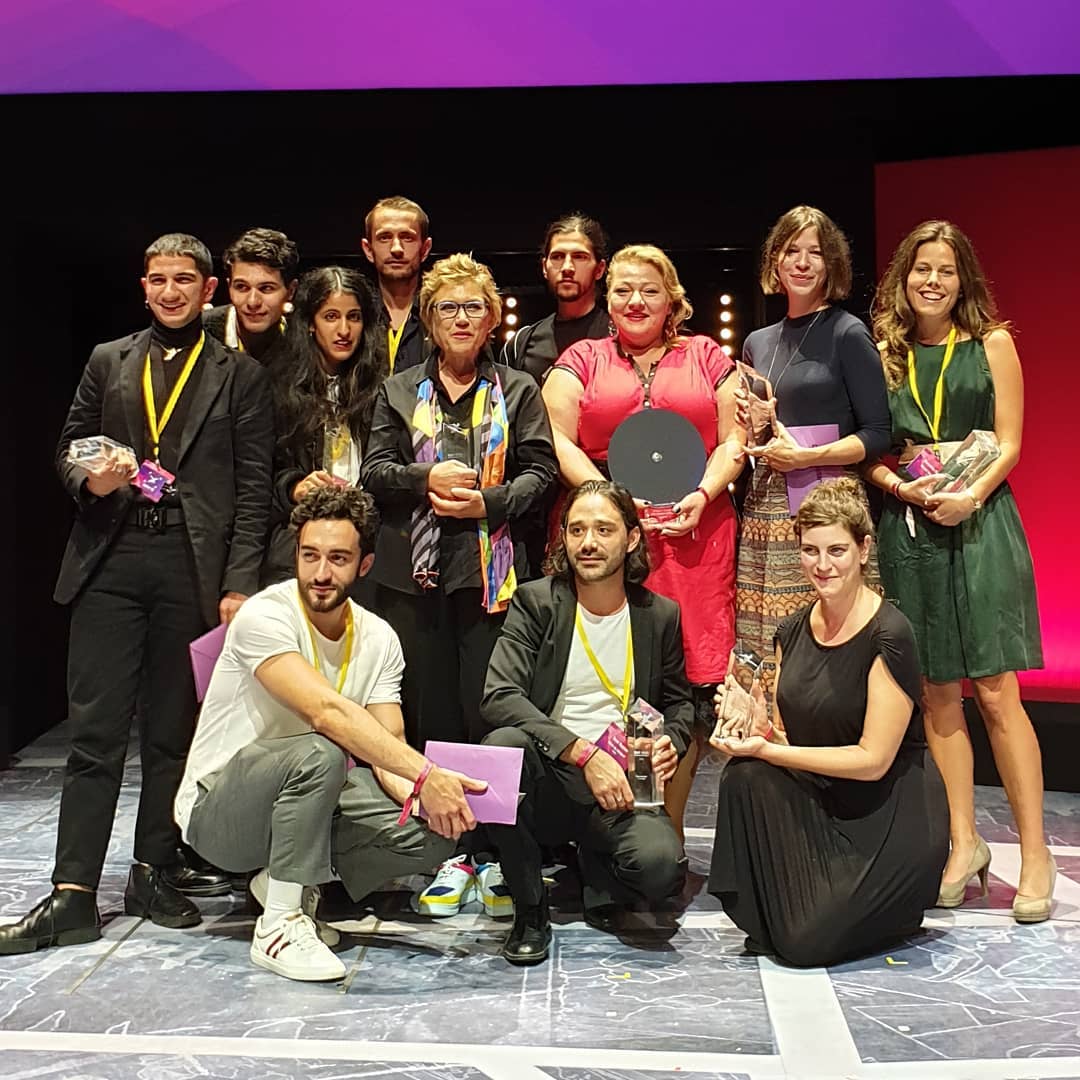 The German Film and Television Academy Berlin is delighted to announce that two DFFB students received awards at the 20th FIRST STEPS AWARDS, which were presented yesterday evening on the stage of the Theater des Westens:

Author Jacob Hauptmann received the FIRST STEPS SCREENPLAY PRIZE, which came with a €10,000 prize, for his screenplay ZEIT DER MONSTER. Oliver Ziegenbalg praised Hauptmann’s script in a passionate speech on behalf of the jury, which also included Laura Lackmann, and Heide Schwochow: “In a feverish and frenetic style, ZEIT DER MONSTER uses the example of an African infirmary to tell the story of an entire nation sliding into the terrible nightmare of war.”

Producer Romana Janik received the NO FEAR AWARD for her work on the feature film 1986 (director: Lothar Herzog). The jury acclaimed Janik for her courage in taking the risk to shoot a feature film, detailing illegal transports from the contaminated Chernobyl zone, under challenging conditions in Belarus. The jury, consisting of Sonja Heiss, Jochen Laube, Katja Nicodemus, Sonja Rom and Kostja Ullmann, concluded: “We would all like to shoot with this producer!”

We warmly congratulate our two winners!