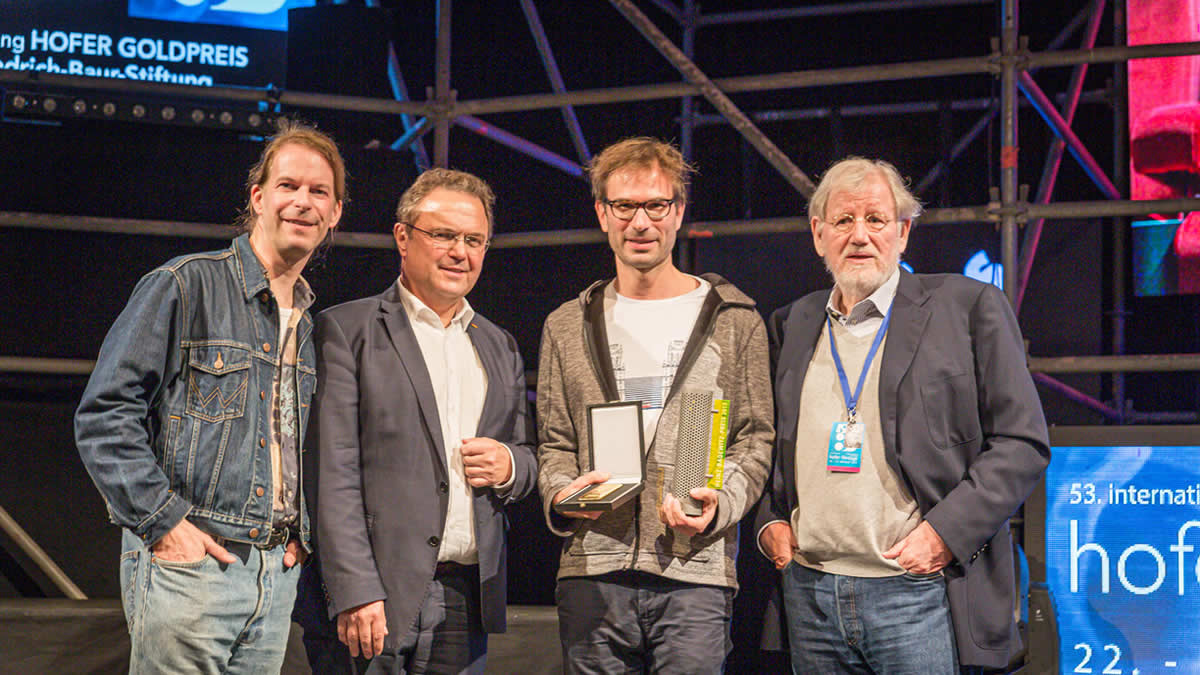 We are delighted to announce that DFFB graduate Lothar Herzog won the 2019 Hof Gold Prize of the Friedrich Baur Foundation for his film 1986 during the award ceremony on Saturday evening. The Bavarian Academy of Fine Arts in memory of Heinz Badewitz awarded Herzog a certified gold bar of 1 kg of fine gold worth approximately €43,000. The prize also features a year of creative advice to the director regarding the development of a new film.

Director Edgar Reitz (whose films include HEIMAT, DIE ANDERE HEIMAT) was the mentor for the Hof Gold Prize 2018, which was awarded to Luzie Loose for SCHWIMMEN. This year Bernhard Sinkel, director, screenwriter, producer, and head of the film department of the Bavarian Academy of Fine Arts, has taken over this task.

The film is a co-production of Rohfilm Productions GmbH and DFFB.

Congratulations to Lothar Herzog and his whole team!