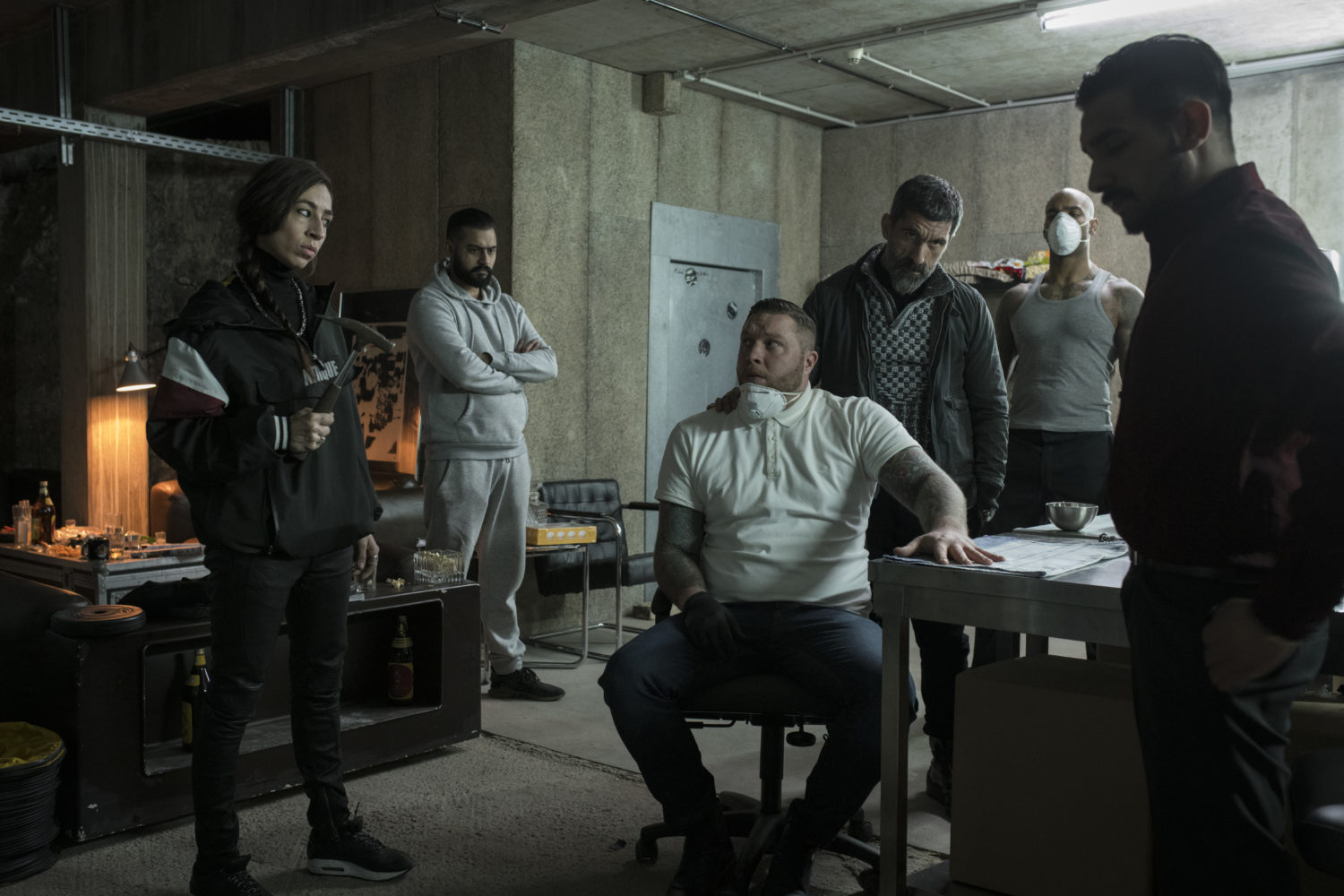 Dennis Schanz has taken on the roles of head writer and producer to realise his series idea SKYLINES with Netflix. SKYLINES is the first project developed within Serial Eyes that will be screened on the largest internet entertainment service.

The series is about a talented hip-hop producer who lives in Frankfurt am Main and receives the offer of a lifetime. It will run exclusively and worldwide on Netflix from 27 September 2019.

Dennis Schanz developed the idea for the series within the Writers’ Room of Serial Eyes. He was supported by various lecturers (including US showrunner Frank Spotnitz and dramaturge Nicola Lusuardi) and by his mentor and producer Klaus Zimmermann, and then followed up on the project. With Netflix, Schanz – taking on the positions of head writer, producer, and showrunner – finally found a partner with whom to realise this unusual project, which is set between the hip-hop and criminal worlds.

Dennis Schanz also enlisted three of his Serial Eyes colleagues to be on the writers’ team: Oliver Karan, Kim Zimmermann, and Arne Ahrens have contributed to scripts for the six-part SYKLINES season. The DFFB is also delighted by the participation of other DFFB alumni in the production: Luis Singer (producer at StickUp Filmproduktion) and Jonas Dornbach and David Keitsch (producers at Komplizenfilm) are the lead producers of the series, and DFFB alumunus Max Erlenwein directed episodes 1–3.

We are very excited and keep our fingers crossed for a successful series start!